Writing Tips from So Long As You Write

Did you make a resolution to write more this year? So Long As You Write, edited by Kerry Ryan, is brimming with inspiration and tips on putting pen to paper.  We share some of her advice. Read More 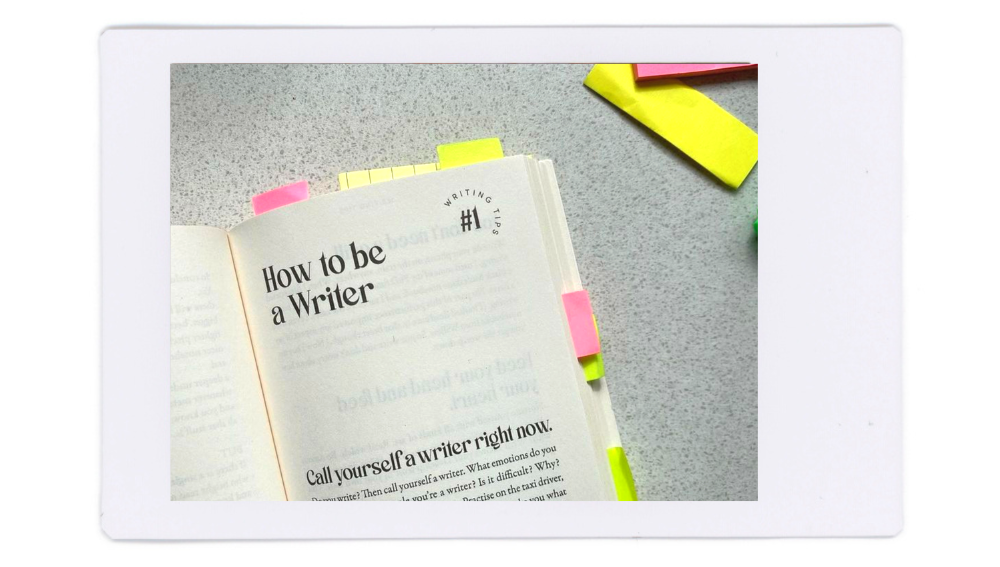 Naia Lucy Briscall is a 23-year-old, London-based artist and poet. She has been writing privately for eight years and has recently begun sharing these words in conjunction with her visual art on social media. She can be found on TikTok: @can_i_come_out_yet. She is in development stages of an art-poetry show… Read More

Annie is a writer, editor, translator and stand-up comic living in Nottingham. Her short story Phosphenes won the UCL Publishers’ Prize and her short story Champagne was shortlisted for the Aesthetica Creative Writing Award. Her hobbies include breakfast, lunch and dinner and her website is… Read More

Katie Bennett-Davies is a disabled writer living in Cardiff. She has been published in several national magazines and websites, including Huffington Post, ITV, and Your Cat. Her blog about living with chronic illness was nominated for a Cosmopolitan Blog Award. She enjoys talking to her cat and drinking too much… Read More

Suzanna has been widely published in magazines and anthologies, and aired on BBC Radio 4. She was shortlisted for the 2022 Yeovil Literary Prize and the 2019 Bridport Prize, longlisted for the 2018 National Poetry Competition, won second prize in the 2016 Café Writers and 2010 Buxton Competitions, and won… Read More

Born in 1992 in Luxembourg, while studying theatre studies, philosophy and cultural studies in Leipzig, Laura Schuller directed at the local off theatre scene. Followed by working for well known German directors and a Master degree from the FU Berlin. She is currently living between Berlin and Paris, where she… Read More

Rachel has mostly focused on writing about science and health for both specialist and lay audiences. She also writes a blog (geeky.yoga) and newsletter focused on wellbeing and the science behind yoga and other mind–body practices. Secretly, she’s always dreamed about writing a novel, but has mainly been drawn to… Read More

Kate is a business analyst, strategist and fiction writer, in addition to wrangling a toddler and tending to a deeply spoiled cat. She is an alumna of the Faber Academy’s Writing a Novel course and is represented by Carly Watters of P.S. Literary Agency.  You can join her on IG… Read More

Zoë Turner is a writer and editor based in Manchester. She works for the Whitworth Gallery and has been published by Dear Damsels, The Grapevine, Hungry Ghost, The Real Story and Bookish Magazine. She writes a newsletter called Reciprocities: https://reciprocities.substack.com/… Read More

Matilda Nevin is a PhD student at the University of St Andrews researching women’s writing about exile. She also works part-time as a disability support worker. She has had fiction published in Banshee Lit, Present Tense Lit Mag, The Grapevine Zine (run by author Jessica Andrews) and various student publications. Read More

Roisin grew up in West Yorkshire and now lives in North London. In the past 7 years she has worked as a sub-editor for a magazine, a freelance writer, and an accountant (amongst other jobs) but currently spends her days working for a youth-focused charity. She continues to write prose… Read More