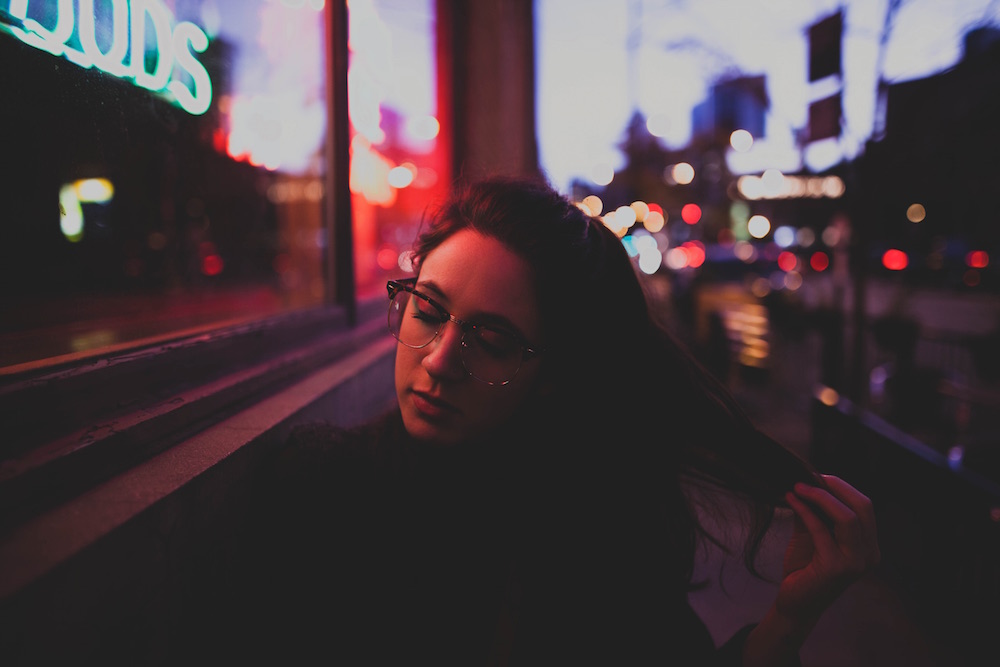 On their last night before the party
she locked herself in the changing room
ate four arancinis one after the other, like an animal,
heart racing and cheese dripping,
and her hands losing their grip,
her legs shaking with the force of it,
and she cried.

She cried tears of desperation
for the months she’d spent pretending
for the weeks she’d tried to hide it;
hidden like oh my,
look at this mess
look they’ve made a spectacle
now.

Things would’ve been different,
if she’d heard him come in.

Her dress was itching
and she tried to make a joke,
when he put his hand on her leg
and the arancinis threatened to come up.

Things would have been different.

She ran out on the street but November’s a real bitch
and she almost froze to death trying to shove two fingers down her throat.

Not very glamorous,
but that was their goodbye;
that was how it died
with a hiss and a clash,
in the clamour of the night
in the cold,
in silence.

Anna Myers is an actress/writer/clumsy person navigating life in London. Her work has been published on Thought Catalog, Poets Unlimited, Soul Anatomy and She Did What She Wanted. She laughs really loudly and cries to a lot of John Mayer songs, but if that doesn’t scare you off, she’s always up for a chat on twitter and you can read more from her at http://www.annamyers.co.uk.

0 comments on “How It Should Have Ended”

The DD shop is now closed for the summer. We willl be reopening in September. Dismiss